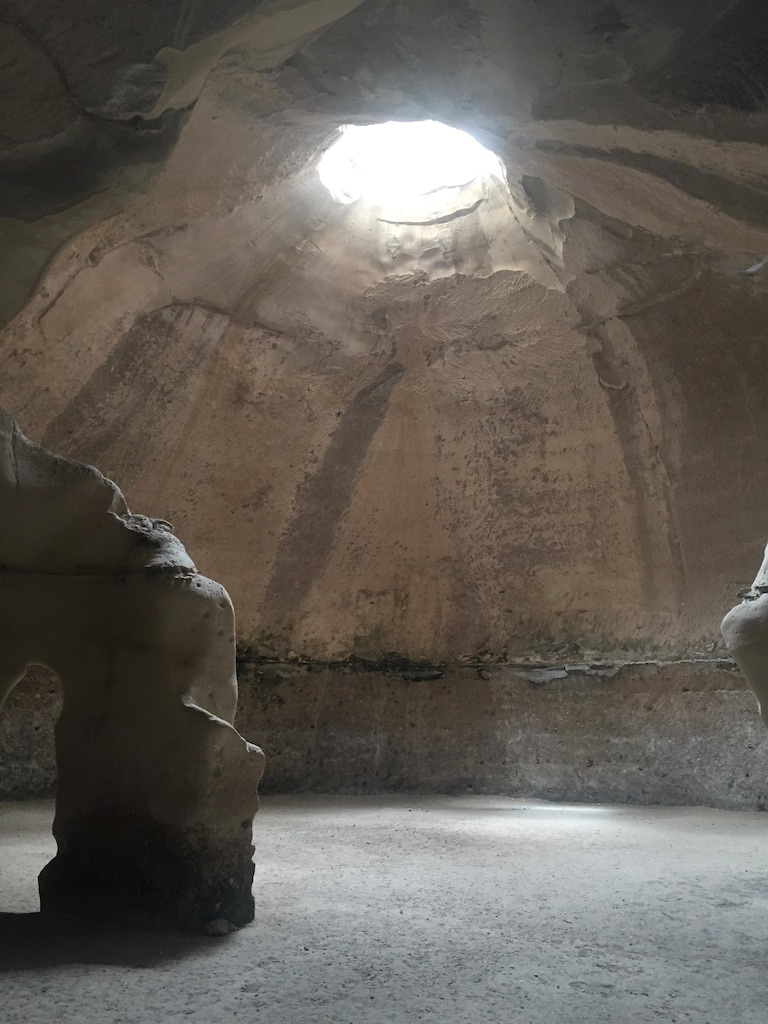 And don't forget to enjoy Poetry Friday at Heidi Mordhorst's blog My Juicy Little Universe.
Posted by Andromeda Jazmon at 5:30:00 AM

This is beautiful! Thanks so much for introducing me to renga. I love the interplay between the haiku and the couplets, and the line "light an upturned bowl." You use such beautiful precise language and left me feeling as if I'd spent some time in that cavern, surrounded by blazing light and echoing song.

Oh, my word, Andi....I thought your haiku couldn't get any more lovely, and now THIS. Stunning. Evocative. Takes me right back to standing in the peace and glory of that cave. Thank you.

What a stunning photo Sara took! Your poetic response lives up to it. I like the idea of writing in response with haiku and couplet.

I loved the haiku so much, Andi, but I think I love the couplets even more. The luminescent choir and the brilliant blazing...somehow they are so comforting.

Wow, that is a special place. Love your reflective renga, have been in a few caves & can imagine "Ancient singing echoes still". Beautiful, Andi!

Caverns of air has to be one of the loveliest turns of phrase! It just brings delicacy to mind - which is funny because this is ROCK! Stone, hard stuff. And yet. And yet... and empty cup of sound simply reverberates. This poem is AMAZING, Andi. Hang onto this one... or better yet, share it out!

Andi, I looooove the way these spiral around each other, "rock wrapped around rock," "the bell an empty cup of silence" echoing. Gorgeous!

Simply lovely. I wrote a renga with two friends one summer. It was a fabulous collaboration. I love that you did this one on your own!

Wow, Andi -- you blew these wide open! I adore what you've done here -- so visceral. Thank you...

I like how your poem captures the roundness of the image and fills the space with sound through your words, thanks!

There are so many images here that I love: "Cool roundness of dark" and "The bell an empty cup of sound" in particular. This is such a beautiful poem.

This form of poetry is so interesting. Your poem is beautifully crafted, like the following stanza
subterranean
summer evenings seeking chill.
Ancient singing echoes still
There is a lyrical quality to this stanza as you identify a place below the earth.